Getting Into Games Dev – Part 2 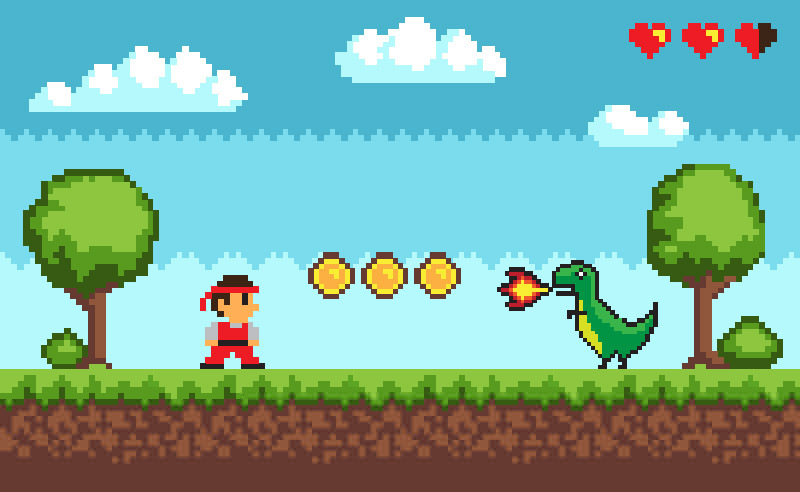 So, yeah, I started writing this story in July 2017 with Part 1 … and intended to finish it a month later. It’s now March 2020 … nearly 3 years have passed … and the world has most definitely moved on from wondering what happened next in my route to the games industry!

So, yeah, let’s pick right up where we left off…

Recap
I ended Part 1 having just finished University … my applications for my dream job in accountancy (!) were all being rejected one by one … all these firms with big glossy brochures filled with pictures of happy number crunchers, fancy sports cars and lots of whiteboard bar charts with upwards trends … none of them offered me a job. Hardly any even responded to my application. The fools

Desponded, I looked further afield … and found something of a curve ball.. McDonalds were looking for a General Manager for their massive Leeds restaurant. Perfect.

Would You Like To SuperSize That..?
I’d never worked in a fast food restaurant before… until I’d gone to University, I’d only ever even gone to one once – because my parents always told me they were “a waste of money”. My life growing up was so sheltered from these things that a friend of mine, let’s call him Roy, had had a birthday party at KFC and I came away thinking that it was the most INCREDIBLE place in the world. Different times

15 minutes later, the manager comes out … “we can do the interview in the office,” he says. So off we go.

Then I hear about the job:-

The first year’s salary was low. Really low. And if I worked my ass off, after 7 years, I could be a Store Manager… where the maximum salary was marginally higher than the starting salary for a programmer first entering the games industry. Suddenly, my friend leaving University after a year to go work in a cinema as a Foyer Boy (or whatever the name is) didn’t sound so bad!

Throughout all of this, my brother had been trying to get me to join the games industry, to go work with him at Reflections. He was just finished up work on Brian the Lion and they were going to be working on their next undisclosed title.

I was resistant at first … not because I didn’t think it would be an interesting and rewarding job … more just because I was stubborn at the time. After 3 years of independence from my family at University, cooking my own Pot Noodles, getting drunk without disapproving parents or elder brothers chastising me.. well, I just wasn’t quite ready to risk that.

I pushed ahead with the McDonalds thing regardless … thinking “I’ll just do this for a year or two, see how it goes..”. But then the unthinkable happened. They rejected me. “We felt that you probably wouldn’t be here for the long haul,” or some such was their reason. The cheek! They could tell that just from my facial reactions during the interview? Damn.

So… Reflections it was, then!

This is a story for another time … but, yeah, in 1994 I joined the games industry as a Junior Programmer at Reflections. Working on Destruction Derby, a launch title for the upcoming new console, the PlayStation.

Luxury, right? One of the most popular and well known games on the platform (Lara? Never heard of her..). You can imagine the plush office, the gorgeous desks, interior decor, rack of pinball tables and other staff pleasers in the office. Not to mention the huge team we’d have. You need those things to make a game that good .. right?

To Be Continued… eventually.